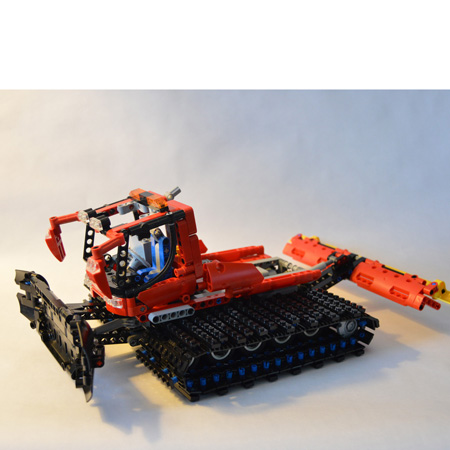 The well-known problem, when you just have few Technic set, is when you want to build something new, you have to cannibalize or dismantle one old MOC. The First Snow Groomer was not an exception, and I needed the XL and L motor for something else (an aircraft tow tractor that was aborted to answer the question). 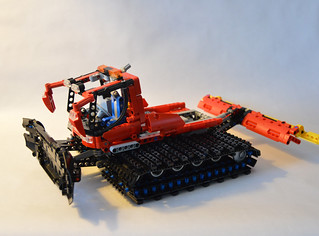 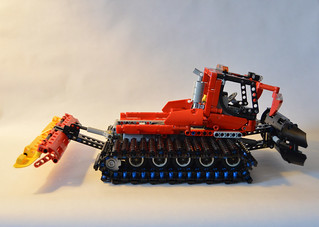 At first sight, it may look like only the battery box and winch have been removed since the last version. But, no. It is actually a completely new vehicle.
The frame structure has been reworked to integrate the battery box with a quick release option (proud) so battery can be replaced easily. There is only two PF-M motors left for propulsion, one per track.
The tools haven’t been modified, but are now manually operated. 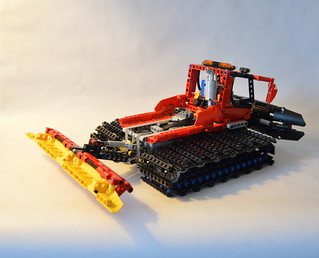 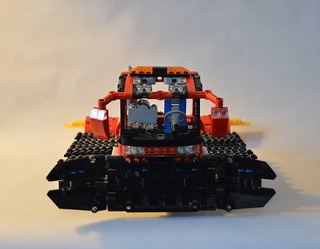 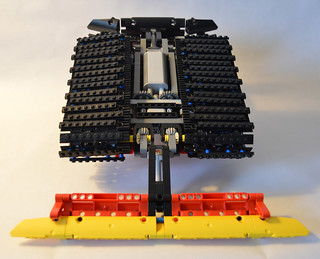 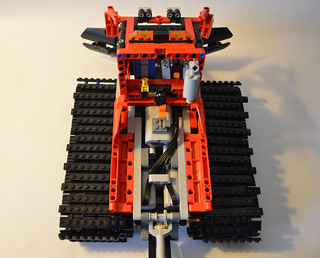