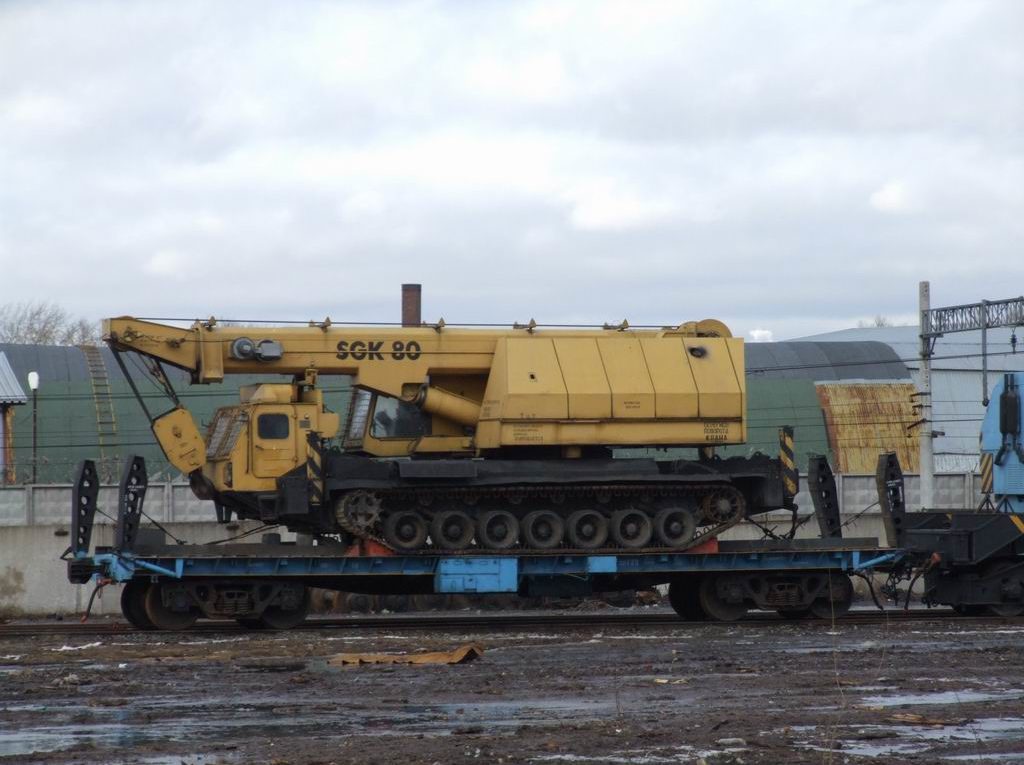 To be honest: I only have few information on this crane.
The Falcon-80M (Сокол = Falcon) is a heavy Russian crane with a lifting capacity of 80t on a two stages telescopic boom.
I discvored this thing in a youtube video here below (starting at 1:38) For a Lego building of this crane, I hesitate between to option.
The manual version on small scale, with basic function manually operated or,
The large full RC version: my first idea is to have a Technic powered MOC divided in two superstructures (vehicle and crane), each powered by its own battery and controlled by its own SBrick bluetooth controller:
Vehicle part 4 function:
– Left track
– Right track
– Deploy the outriggers
– Lower the stabilizers

Crane part: 4 functions:
– rotate the superstructure
– raise the boom
– deploy the boom
– control the cable/winch
Regarding the scale of the vehicle… well, no idea. The crane part will lead the project so the carrier will be built on its scale.

Note: I don’t mind if you like this idea and build it before I do. But do not hesitate to quote me as source.