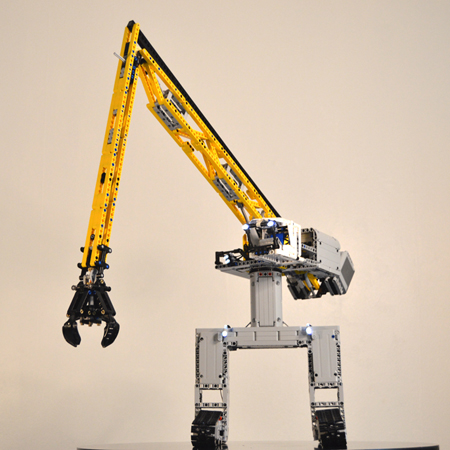 This MOC is firstly a will to re-use the maximum on system from my previous MOC, in particular the track to ensure that they are really modular and can be fitted on any crane.

This MOC is in two independent parts. 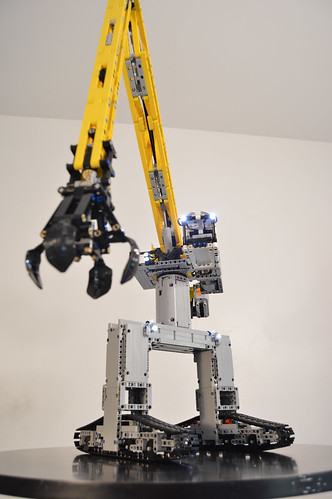 The upper part is totally inspired from the Sennebogen 8130. It is composed of two arms balanced by two battery boxes.
The lower part is made of two legs and independent tracks (yes, the same as the harbour crane).
Each part has its own battery box and SBrick Controller. 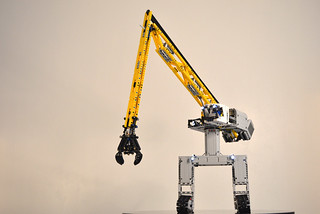 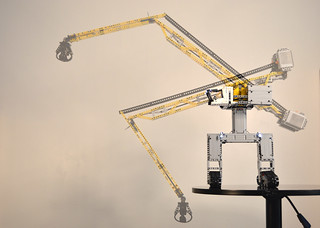 The upper part:
The main structure is actually very simple. It is a link between the turntable and the mobile structure which is the most important part. There is two PF-M hidden inside, one that open/close the tool, the second one moves the two battery boxes (linked to the secondary arm) thanks to a tandem of mini-linear actuator.
Thanks to the counterweight, only one Linear Actuator is required to move all the mobile structure.
The cabin is a re-use of the previous MOC, and some details such as handrail or light have been added. Behind the cab the “powerstation” hide the first SBrick controller and one PF-L motor. 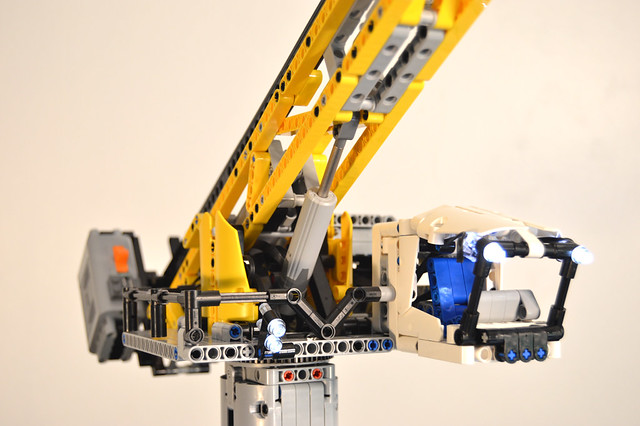 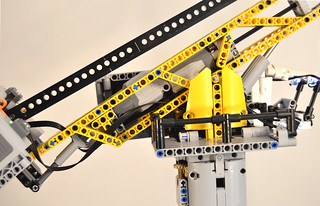 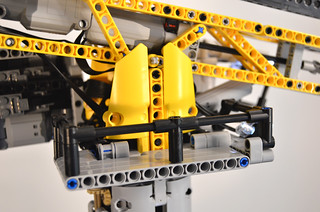 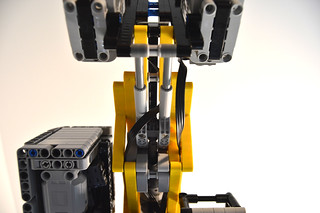 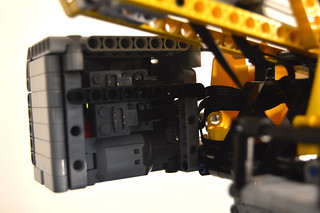 Just a word about the tools, you may have recognize the one from set 42006, the second one is just a clamshell used for testing while I didn’t have the part to build the other. 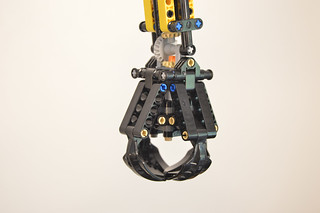 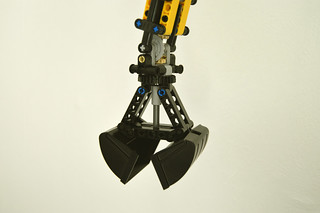 The lower parts are legs and tracks. That’s all. It is stiffened thanks to the use of panel and contain the second Sbrick and a PF-XL motor for the rotation of the turntable.
The tracks are, as said earlier, a re-use of the harbour crane, so independent with integrated motor. They support all the weight without any problem. 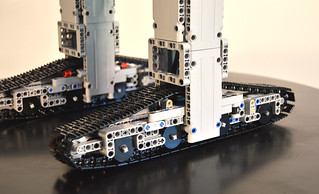 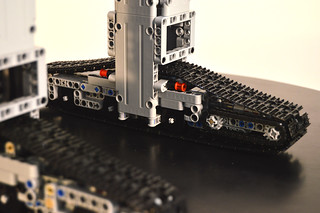