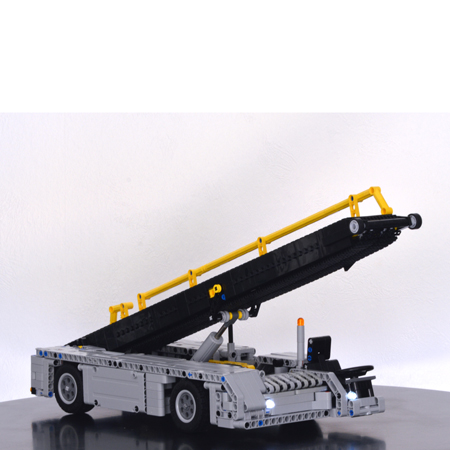 A baggage belt loader is the vehicle used to delicately load your precious luggage the cargo of aircraft when baggage are not placed in container (make a container loader? If you insist), or load a bulk cargo with package or anything else. 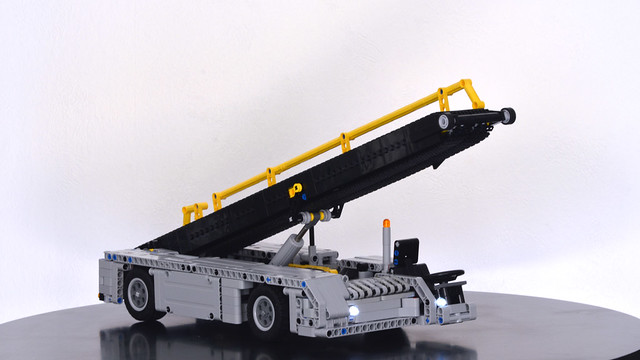 Honestly, I just wanted to try to make something with a conveyor belt and test the newly received rechargeable battery. Two airport vehicles have already been made, so, let’s make a third one. 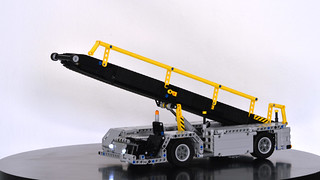 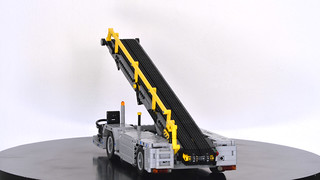 The belt is made of two track side by side maintained in position in rails. The lower end of the balt is motorized while the upper end is tightened with shock absorber. 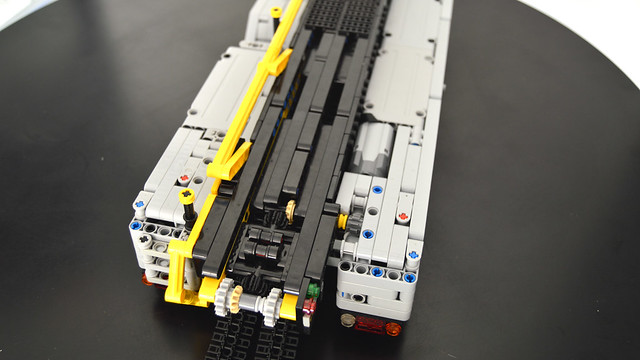 It is absolutely not your hyper technic construction. Actually, it is very simple.

The battery box and the SBrick controller are integrated to the bodyframe. 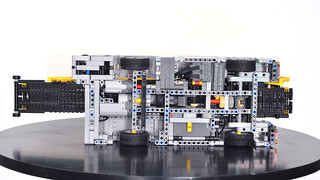 When possible, some small details have been included. Not my favorite part. 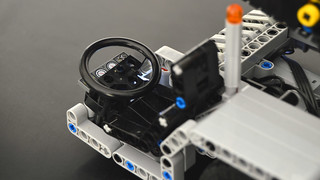 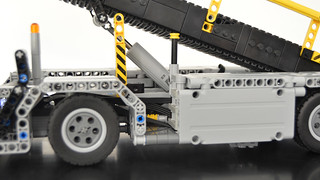 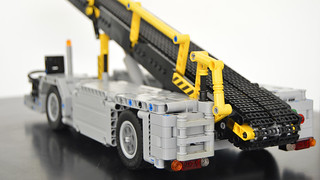