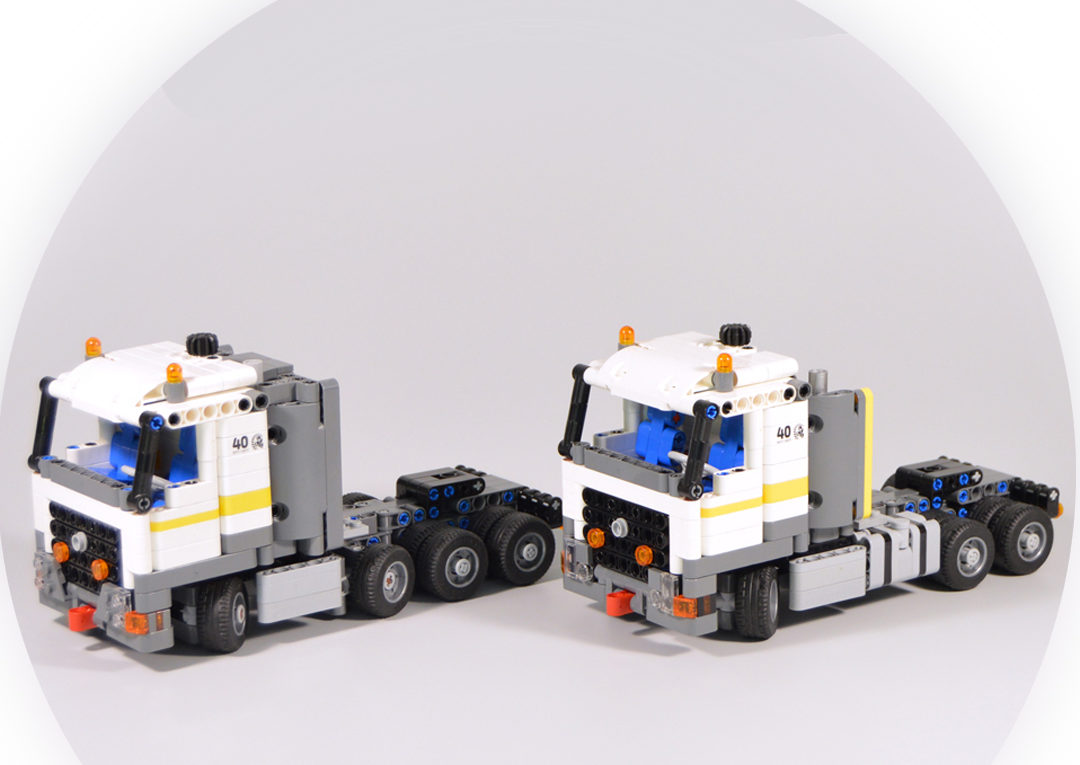 If you had a recent look to my youtube channel should have noticed that I published a video regarding two mini special transport trucks before the wheel loader/dozer. The explanation is: the trucks were built after the loaderbut were ready to be filmed before the wheel dozer was completed. And thus it introduced the other Moc in video.

The idea behind the moos was to make a special transport truck to “move” the newly built wheel dozer. This choice has clearly been influenced by a supercool video found on Youtube.

The truck and trailers are at the same scale as the Dozer/ loader. they are based on the 30mm tires. 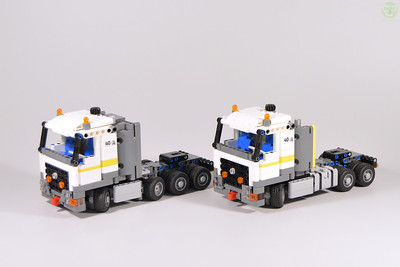 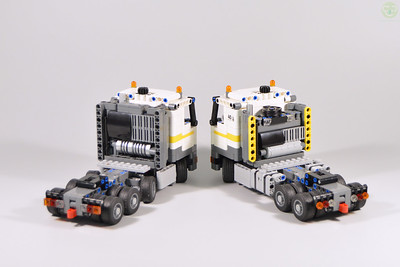 All image are available on flickR
Both 8×4 and 6×4 tractors shares exactly the same chassis. the only difference comes from the second steerable axle, removed and replaced by two large foul tank on the 6×4 version.
Both trucks have a HOG steering-with proportion nal steering on axle 1 and 2 for the 8×4-plus a simple yet detailed cabin with open able doors. Each truck is also equipped with an accessory box to power the trailer they differ in size and shape only because I couldn’t make twice the same box (not enough parts) 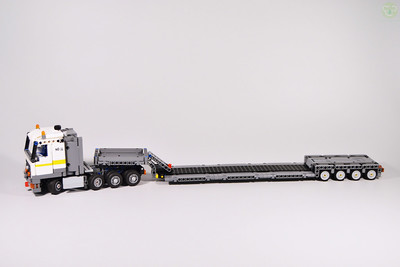 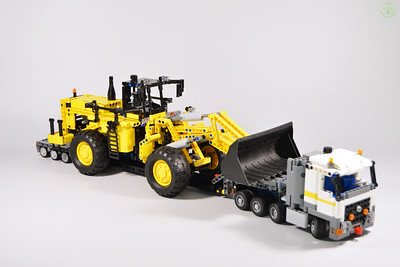 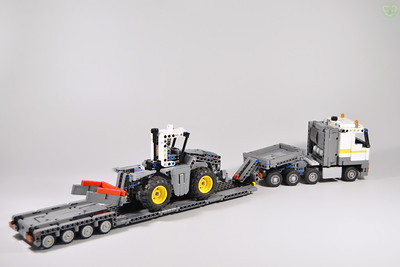 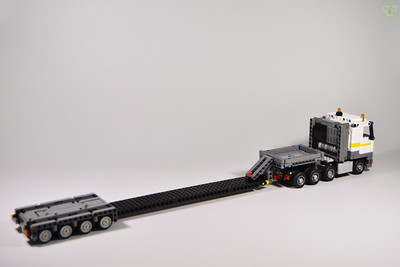 This 4- axle trailer is build to transport heavy equipment like a wheel loader. It has a central rigid frame and optional lateral bed. The gooseneck is detachable to allow the installation of the load to carry.
Luckily, the central frame, here made of a 5- stud-width stud full lift arm was stiff enough to support the wheel loader. 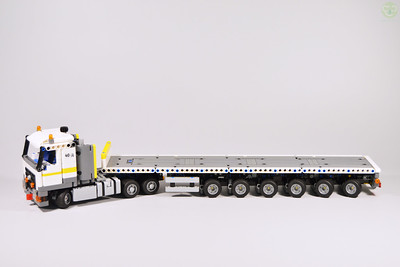 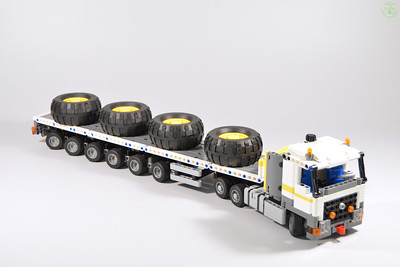 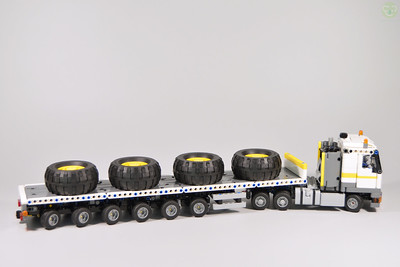 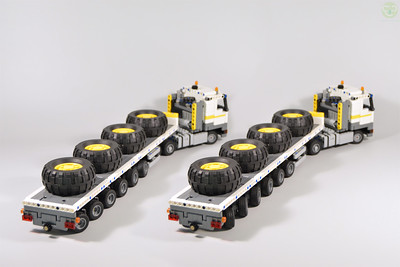 The second trailer is inspired by a Noteboom G- axle ballast trailer from the time I use to transport my 1: 50 scale Liebherr LTM 11200 ballast. It has 6- axle with proportional steering on axle 1, 3, 4,5, 6, actuated by a HOG at the rear of the trailer. This allows to take sharp turn even when this long trailer is fully loaded.
Thank you for reading! 🙂