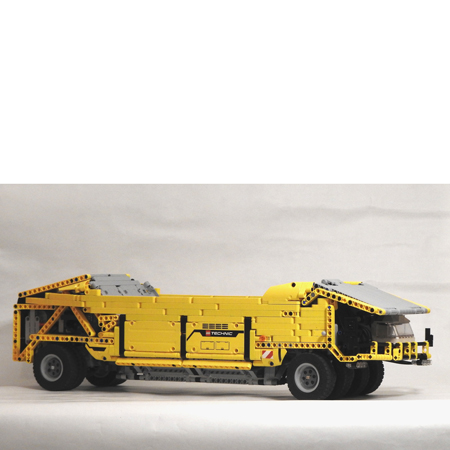 The 200C is a mining truck produced by Kress, USA, and specially designed for the transport of bulk material, coal for example. It weights 140t with a payload of 240t and has two main particularity:
– Dumping is done by a central double door
– Front wheels can rotate up to 90° for short turn.
You can find the technical brochure of the series III here.
and the testing of the prototype here on youtube.

The particular design of this big boi was a really good opportunity to test the use of two SBricks controller simultaneously: due to the haul in the middle of the truck, it is not possible to have axle going from the rear to the front of the vehicle, for the dumping for example. So it’s like if this MOC was built as two separate part, and then assembled on the haul which act like an exoskeleton and support all the loads. 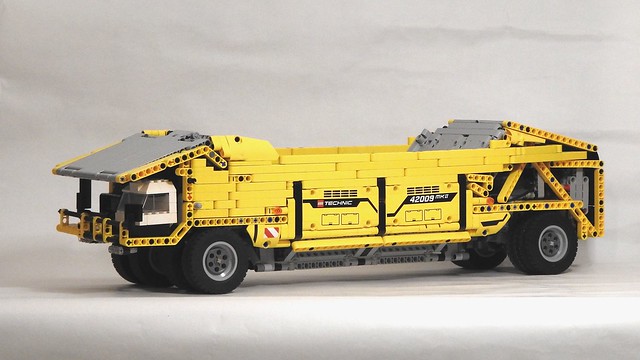 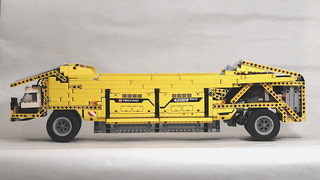 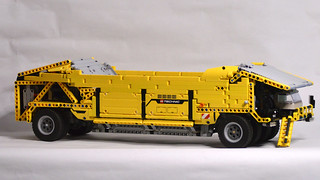 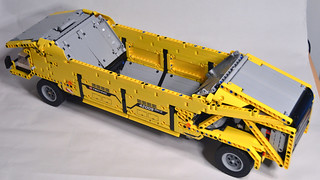 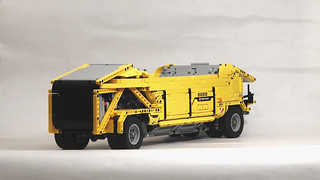 The front part: One dedicated SBrick (connected to the battery box with a 50cm wire) which controls: 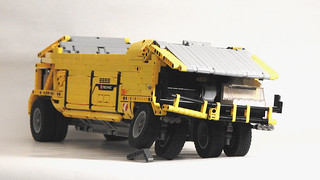 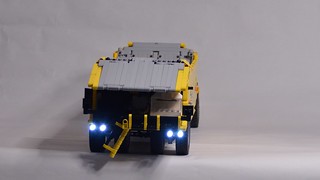 The rear part: Also one dedicated SBrick and the battery box. 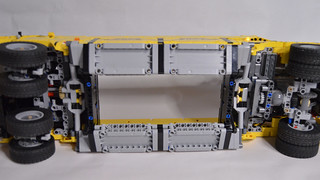 Surprisingly there was no big issue with the dual controller, except some disconnections (that were solved by a software update). Thus the dumping system work well and the 4 mini LA open simultaneously.

One drawback the MOC : the dimension of the wheels. It is not possible to make a smaller truck without losing the power function, so bigger wheels would have been belter, but there is nothing in the Lego catalogs that have the good dimensions. And I’m not a big fan of 3rd party.